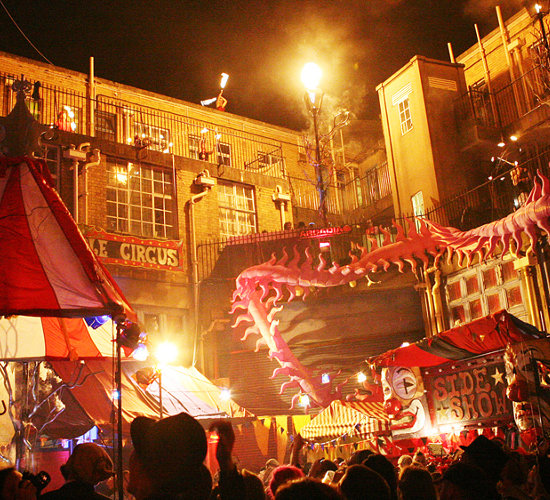 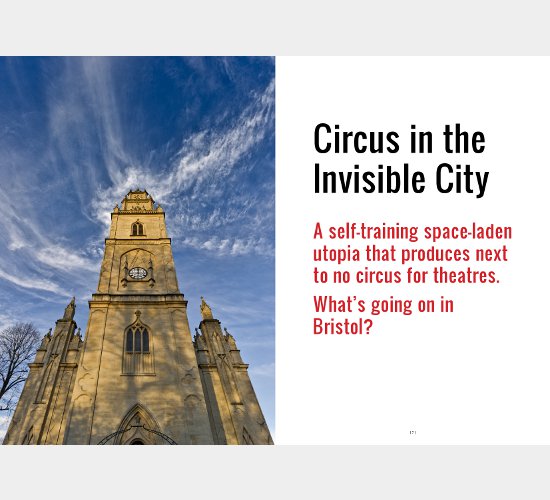 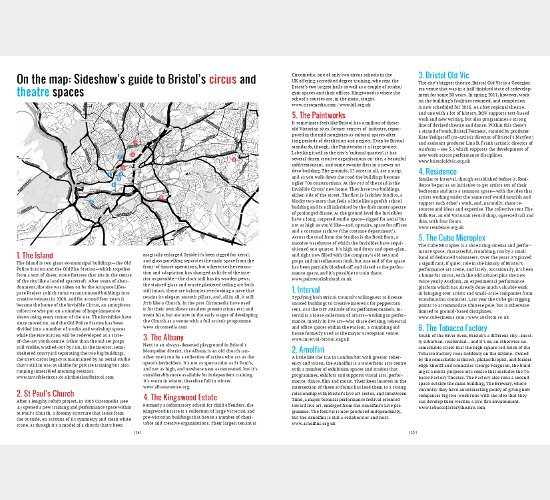 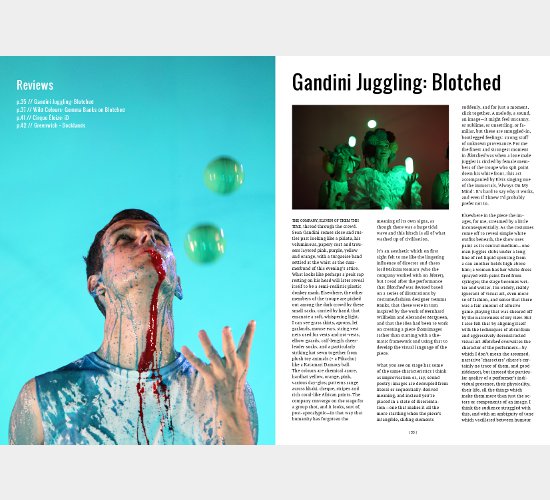 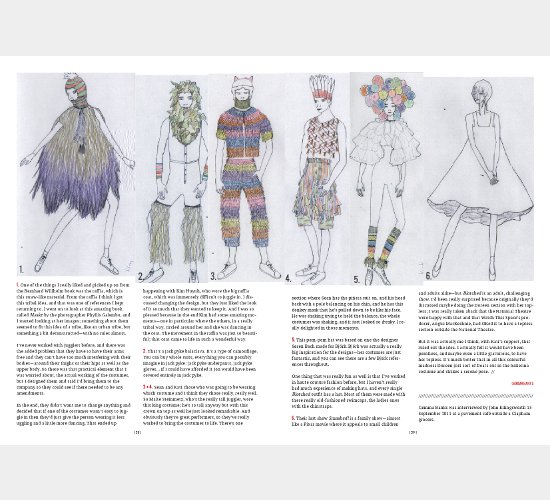 'Circus in the Invisible City'
Sideshow travels to Bristol, where the relics of Victorian industry are being transformed into utopian artist-led projects, to ask why the city – laden with training spaces and home to one of the UK's two degree-level circus schools – doesn't produce more contemporary circus.

'Staggering Out'
For four years The Invisible Circus occupied The Island, a huge premises enclosing an old police station, fire station, clocktower and yard at the heart of Bristol. In this interview John Ellingsworth talks to one of the company founders, Doug Francisco, about how a permissive, ever-changing band of artists, creative squatters and interventionists came to run the site...

'{Event(Dimension):}'
A piece taking its inspiration from the differences between quantum and particle physics, featuring lycraed supergirls, black holes and volcanoes, and based on a famously baffling experiment... John Ellingsworth talks to Sugar Beast Circus director Geneva Foster Gluck about the company’s new show {Event(Dimension):}.

'Is Your Festival On Fire?'
Last year the organisers of Croatia’s Festival Novog Cirkusa decided to turn their five-day festival into a one-day conceptual event, with one performance, one lecture, one exhibition, one poster, and one programme (of mostly blank pages). John Ellingsworth talks to festival director Ivan Kralj about scandals, struggles, hallucinations, the Ministry of Culture, and the necessity of provocation.

'The Inverted World'
In Miroir, Miroir a suspended aerial mirror is the stage for Mélissa Von Vépy’s work on identity, the unknown, and the symbol of the looking glass. Here she talks about the making of the piece.

'Wild Colour'
Gemma Banks shows off her sketchbook and talks about her work designing the costumes for Gandini Juggling's Blotched.

'Cirque Éloize: iD'
Expensive and shallow, Cirque Éloize's iD – an evocation of urban life that celebrates individualism with one hand and erase it with the other.

Inside: Overflowing with memorable content, every page in vibrant full-colour, this first issue of Sideshow Magazine applies the machinery of reason to the idyllic circus scene in Bristol; talks to the fierce and brilliant director of Croatia's Festival Novog Cirkusa, Ivan Kralj, about their history of struggle; previews Sugar Beast Circus' {Event(Dimension):} to unpick its characteristically well-considered weirdness; introduces Mélissa Von Vépy for a look at her inscrutable work on aerial mirror, Miroir, Miroir; and reviews shows by Cirque Éloize, Gandini Juggling, Acrojou Circus Theatre, Company FZ and others, plus looks at some recent book and DVD releases.