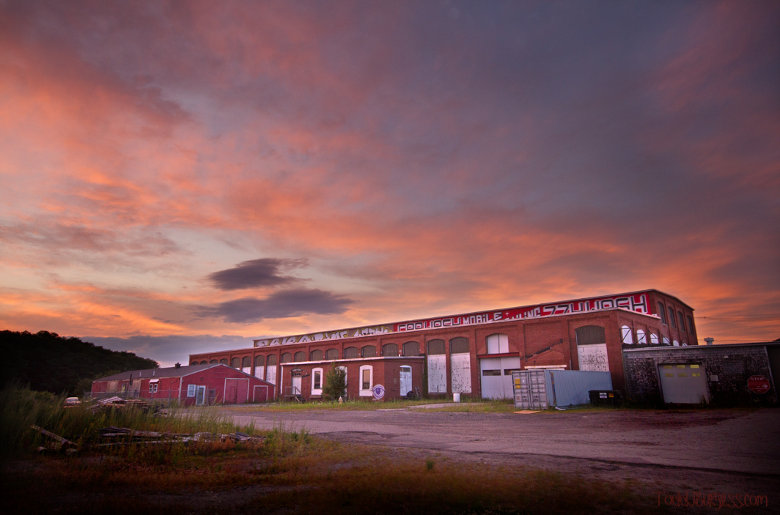 At a press conference held on 15 August plans were announced for The Circus Conservatory of America, a new performing arts institution – to be based at Thompson's Point in Portland, Maine – that intends to open an accredited degree programme offering a Bachelor of Arts in Circus Studies.

Aiming to open in fall 2015, the Circus Conservatory will be part of The Forefront at Thompson's Point, a large-scale redevelopment occupying a stretch of land that extends into the Fore River. The Point, currently in the first stage of a multi-phase development, will be a mixed-use site including offices, a large events centre, a sports medicine lab, a hotel and restaurant. The Conservatory will be housed in one of the site's legacy structures – a 20th Century building designed for the construction and repair of railroad cars. Approximately 30,000 square feet, with ceilings ranging from 20 to 40 feet, this is envisioned as the Conservatory's dedicated training space.

Peter Nielsen, President of the Conservatory and the leader of a seven-strong founding team, explains that work on the project began in earnest in August 2012. His son had been performing with Circus Smirkus, a touring company that puts on 70 shows each summer with young people aged 10-18, and was about to graduate. Nielsen: 'I was speaking with another Smirkus parent about the fact that our sons only had one more year left touring with Smirkus, and then what? College? Circus School? Where? [...] My friend challenged me to design a next-step for Smirkos after they graduate high school. I haven't stopped working on it ever since.'

The Conservatory will be another major player in the contemporary circus ecology that's rapidly emerging in the United States. The way Nielsen sees it, the facility will extend the professional opportunities for artists in the country. 'Right now, educational programming for youth circus is booming in the US and circus culture is viewed as one of the most happening and creative communities across the arts and media. In my opinion, American circus is about to explode. Not in a nationalistic way, but in a collaborative and global way. More circus companies and artists from around the world will be performing in America, and more American circus artists will travel the world and experience the global diversity of the circus culture. […] The Circus Conservatory of America plans not simply to train in the circus disciplines, but to educate aspiring circus performers to be artists and global citizens. We plan to provide the opportunity for our students to gain essential skills to manage diverse careers in the arts. Many will certainly perform in circuses around the world, but they will also be fully prepared for lifelong careers in writing, directing, producing, coaching, and managing circus.'

Portland, Nielsen feels, is the perfect location. 'The city is 260 miles from Montreal — the North American hub of circus — 275 miles from Quebec City, and 160 miles from the Circus Smirkus world headquarters in Greensboro, Vermont. So Portland is geographically positioned to be able to join key points in the North American circus world. It's also home to several higher education institutions, so it's very much a college town. As we build our college, we seek to partner with many of these institutions, sharing faculty and resources as we grow.'

For more on the Conservatory and the founding team see the project website. For a plan of the full Thompson's Point development see here (PDF; pages 9-10).